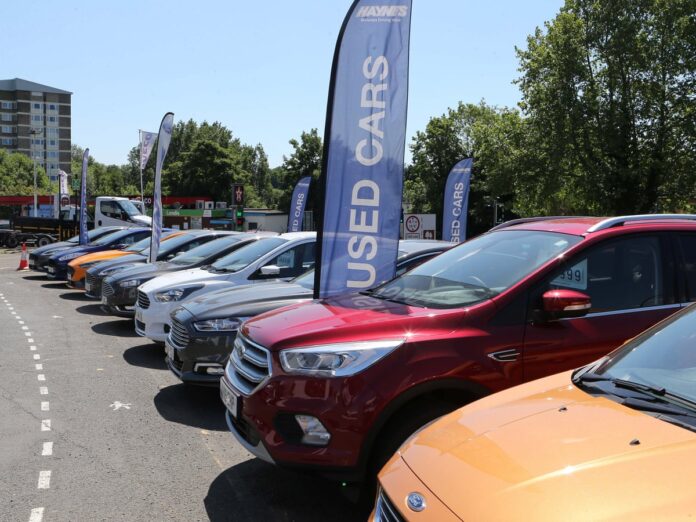 8 Reasons Why Used cars are worth buying in the UK

When it comes to purchasing a car in the UK, an average citizen has two options. Whether to purchase a new or used automobile. Still, sales of used cars outnumber new cars. And a major reason is the number of options that the used car offers. But why are people interested in buying used cars when new cars have better features? And, are features the only thing that buyers look at? We will find that and a lot more in the article below. So, keep reading.

People buy used cars because of many factors. We have highlighted all those factors in the article below. Read through and see how the used car market is thriving in the UK.

The reasons are simple. First and foremost, the cost of used cars is a lot lower than a new car. They are being bought from a previous owner and not directly from the showroom. So, these cars are free from ‘showroom charges.’

Moreover, they have more room for bargains. While new cars have an almost fixed price, you can break the price of used cars by as much as 25% if you know its real value and what you are looking for.s

Every car in the UK should be insured. If the car is not insured, it would not be allowed on the streets of the UK. That is why it is critical to get one’s vehicle insured. The only problem is that insurance on a new car is a lot higher than on used cars. Since the insurance contract is renewable and long-term, people prefer to buy a used car. The wear and tear of the used car are taken care of by the insurance company, and such deals are lucrative for the buyers.

There are over 8 million used car sales in the UK per year. That is why manufacturers have started their own approved used car programs. According to these programs, they can sell used cars after quality checks directly through their showrooms. Since the used cars they sell are of higher quality and properly inspected, buyers are more likely to purchase them. Moreover, these approved used car sales ensure that the buyers will also get post-sale benefits from the dealership if some problem occurs with the car.

People fear buying new cars because sometimes newer models of cars have wiring or electrical faults. Also, many buyers in the UK have experienced the build quality of used cars to be far better than that of new cars, so these cars are much reliable for the buyers. So, all these options make it understandable for buyers to purchase used cars instead of new cars.

Used cars are also a lot more reliable in terms of parts depreciation. They have better quality parts, cheaper, and higher in availability. This is something we’ll go farther down.

People believe that buying a used or a nearly used car is the best option because of the benefits we have enlisted. They make used cars a cheaper alternative in an inflation-hit market. Since COVID, the per capita income in the UK has remained stagnant, and used cars have now become an alternative to new cars for many consumers.

Another option that is often overlooked is that used cars don’t have a waiting period. When you purchase a new car, you don’t get it immediately. Instead, your car will be booked for you, and it will have a 90 day to 120 days waiting period. Your car would be delivered to the nearest showroom or your doorstep once the waiting period is over.

This waiting period means that you will pay half-payment of the car at the time of booking. Once automobile is reserved, it will be produced during the following 90 days or at the period specified in the contract.

Used car parts are readily available in the market, and they are a lot cheaper than new car parts. Since used cars are a few years older, the parts have lesser demand. When the demand for the parts is low, their prices start to decrease.

So, when people buy used cars, they are bound to buy the worn-out parts of the car for a much lower price than before. Another reason is that these car parts are always in stock, unlike new car parts that get out of stock from time to time.

So, buyers can even order them online and receive them directly from the dealership.

The best reason for buying a used car is because they are cheaper and you won’t have to get a bank loan to purchase one. A new car’s value will be lost by 20% as soon as it is out of the showroom.

When you buy used cars UK, you are already buying them for 20% cheaper. Moreover, you don’t have to get a bank loan to buy a car when you can pay in cash or directly from your own bank account or even through cryptocurrencies.

Should You Buy a Used Car or a New One?

After stating the above tips, we can say with clarity that the differences are stark. A used car will give you complete peace of mind for obvious reasons:

So, in our opinion, buying a used car is a lot more lucrative because of the various benefits it offers.

That being said, conduct your own research and buy a car that you believe will work best for you, whether old or new.

How Using a Garage Security Barrier can Protect your Bike

Sensors and Scanners in Automobiles

How to Make Your Own Wanted Poster With PhotoADKing

Everything You Need To Know About IT Support

What To Look For When Searching for Office Task Chairs

Socialy Tech is your Technology news, entertainment, music fashion website. We provide you with the latest breaking news and videos straight from the entertainment industry. Technology fades, only style remains the same. Technology never stops. There are always projects, opportunities. It means nothing until someone lives in them.
Contact us: admin@socialytech.com
© Socialy Tech 2020. All Rights Reserved.
MORE STORIES
Automobile

Socialy Tech - 2020-11-25 0
To measure the reliability of the car there are many different ways. One can do so by taking complete vehicle history, by...