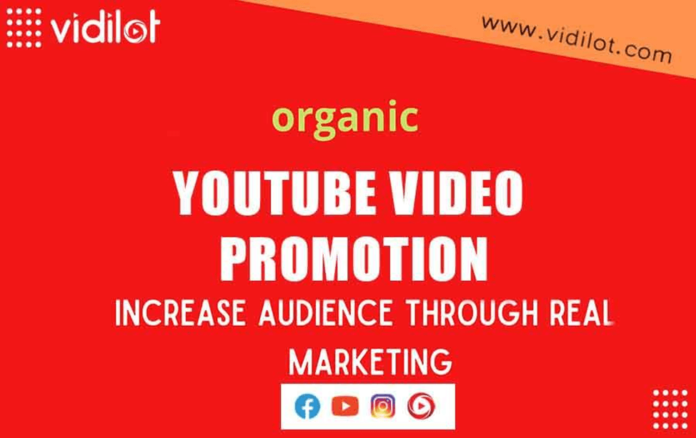 Promoting your music shouldn’t be the least of your concerns since you must have got to do it. You’ve probably heard a lot about promoting music and how difficult it can be. In this guide, we will discuss the various platforms for youtube music promotion services to help you make a better decision sourcing from them:

Soundcloud is a great platform for those who would like to share their tracks as well as mixes. This platform has helped share the music through its network of artists and labels, making it easier to find people with similar music tastes just by searching or browsing around. The other good thing about Soundcloud is that you can collaborate with other artists on the site itself.

Mixcloud provides a space where a user can upload his tracks, which he wants to be shared. It also allows real-time interaction between users and listeners. If you want more exposure, having your account verified will help make your profile look more credible and legit since only active accounts are given such privilege (although you can also get it even if you don’t have an active account).

Reverbnation provides a way for artists to get more exposure by creating various channels on the site itself. It allows its users to showcase their music which they want others to see and listen to. One good thing about this platform is that it will directly list down your tracks on Google searches for easy access of people. Isn’t that great?

Soundclick may not be as popular as the other sites in this list, but it’s just as helpful when you’re looking for an alternative option. This service provides direct access to major labels worldwide, giving users who are otherwise impossible or difficult to connect. It also allows you to upload your tracks for free.

Many artists are using YouTube as their primary platform for promotion, whether a lyric video or an official music video. This is because this site has the most number of users concerning music videos, with millions of people viewing them daily, making promoting on YouTube easier than on any other platform on the internet. Also, unlike Soundcloud, where you will have to pay a $10 monthly fee just to promote your work on its network, on YouTube, you can easily get around advertising your work by either making playlists of your uploaded songs or purchasing ads. By uploading lyric videos instead of standard ones, you can interact more with your viewers and followers.

Twitter is a very popular social networking site to promote your music to reach out to more listeners and potential fans. All you have to do is follow relevant accounts, interact with them and share links to your music so that they will be able to listen to it. It also helps if you use hashtags for each post to easily find the post because there are millions of tweets being posted daily. You can share links from YouTube and other sites too. This way, you’ll get even more exposure than what Soundcloud gives: no surprise since Twitter has more active users than Soundcloud.

Just like Twitter, Facebook is another good site for promoting your music and sharing links to it. Facebook allows you to create custom link shorteners with ease, allowing users to share their links without exposing personal information like Twitter. The only thing that’s a bit difficult, though, is creating effective cover art for the track, but if you want good-looking covers, there are sites out there that can help you design them, depending on your style of music or album artwork. You also have access to ad tools that allow you to promote your work with ease.

Distrokid is an online service designed especially for musicians who just want to sell songs digitally and not through any other platform for promotion such as iTunes or Spotify. It costs a $19 monthly fee, and this will allow you to sell your songs on every online music store available. Distrokid also allows unlimited uploads, which means that you can regularly release EPs or albums without worrying about throwing money out the window for storage space.

Bandcamp is a website designed for artists who are just beginning their journey in the industry and want an easy way to build up their fan base by releasing free content regularly or paying it if they feel like doing so. It’s just like any other site with basic features. What makes it stand out from the rest is its format, where users access tracks directly from the website itself rather than somewhere else, making it easier for listeners to buy songs online. You can also use Bandcamp as your primary source of income if you want to, selling items through it rather than through bigger sites like iTunes.

As you can tell from the name, it’s a site for those who want to make their songs popular and well-known. It is not an online service but more like a website where you can find new music easily by following your favorite artists or listening to recommendations of people with similar interests compared to yours. It’s also possible to submit your songs here by signing up first (it’s free). The good thing about this site is that it’ll only show the hottest tracks out there, allowing you to avoid bad fame if your song isn’t one of them.

Beatport is one of the most important platforms available for independent electronic artists because they allow them to be involved in the remix competition where they can come up with their versions of popular songs, similar to how it works on MTV’s Amp 2.0. This site holds other contests, so if you want to have your music promoted, there’s a chance for you to do so if you have the skills needed to create amazing remixes or even original work that’ll help build up your reputation as an electronic musician.

Is my myspace still around? Yes, it is because even though it isn’t at its peak anymore due to constant changes made by its management team, many listeners hang out here and listen to new tracks regularly. You can easily generate hype here by promoting your music directly or requesting ads if you’re an indie band or just a solo artist. You’ll get more fans than using other platforms, but this is only for those familiar with the industry and its rules.

The music industry has exploded over the years, making it possible for talented artists with big dreams to finally turn them into reality. Today’s technology makes it easier than ever before to release your songs online, whether you’re just starting out or already established as a musician. Using these platforms can increase your number of listeners and fans instantly.

How to Host a Car Show – An Ultimate Guide

Want to Start a Career as a DJ? Here’s What You Need to Know First

Socialy Tech is your Technology news, entertainment, music fashion website. We provide you with the latest breaking news and videos straight from the entertainment industry. Technology fades, only style remains the same. Technology never stops. There are always projects, opportunities. It means nothing until someone lives in them.
Contact us: admin@socialytech.com
© Socialy Tech 2020. All Rights Reserved.
MORE STORIES
Digital Marketing