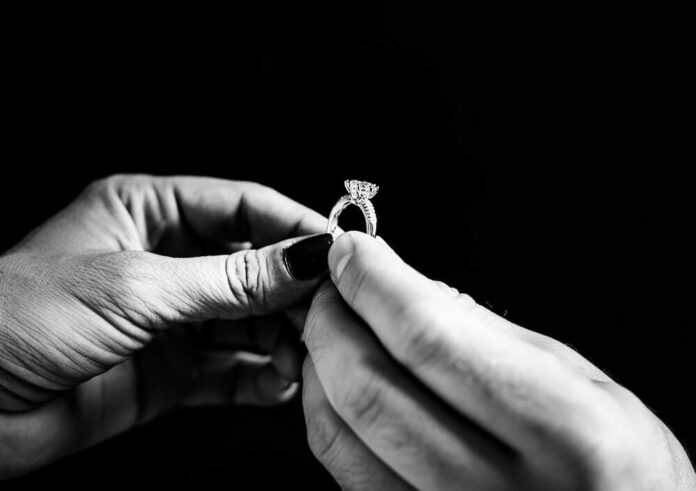 Why are fewer couples spending their hard-earned money on engagement rings? The answer is multi-faceted and complicated. The fine jewelry industry is problematic for many reasons and diamonds are expensive.

These days, the idea of spending thousands of dollars on an engagement ring just seems wrong to a lot of people.

From the dark history of the diamond industry to the impact of mining on the environment and indigenous communities. It’s no wonder so many millennials have fallen out of love with diamonds.

Fortunately, there are many better options for gorgeous affordable rings. Many celebrity brides are opting for sustainable diamond alternatives. These include lab-grown diamonds, moissanite, and morganite.

For everything you ever wanted to know about the diamond industry and more, keep reading.

everything about the diamond industry

History of the Diamond Industry

Although diamonds have been mined in India for centuries, the diamond industry as we know it didn’t exist until the 1930s. It was then that diamond company De Beers invented the concept of diamond engagement rings.

De Beers has since achieved a monopoly over the diamond industry they created.

So, why did De Beers begin a campaign to market the concept of diamonds as the ultimate expression of endless love? Because in 1938 the company acquired a huge surplus of diamonds in South Africa.

The De Beers company feared the supply would threaten the demand for diamonds. If that happened, consumers would have seen that the diamond was no longer rare. This would have led to major losses for the company.

Instead, the company transformed the semi-precious, readily available gem into a precious commodity.

De Beers cornered the diamond market and never thought twice about how they manipulated and deceived their customers. By the 1980s, De Beers owned over 80 percent of the diamonds in the world.

With this history in mind, many young people are choosing not to fall for the false claim that diamonds are rare, valuable, and forever.

Sources estimate that around 25 percent of all diamonds in circulation today are blood diamonds. The term blood diamond, or conflict diamond, refers to diamonds that come from mines owned by cartels.

The purchase of a conflict diamond supports the cartels’ use of torture, rape, and murder among populations in Africa. Conflict diamonds also funded a civil war in Sierra Leone that killed 75,000 people and displaced millions.

The civil war devastated Sierra Leone and the country has yet to recover.

Although De Beers doesn’t buy conflict diamonds, it found a way to use them to the company’s advantage. De Beers capitalized on the situation by highlighting the violence resulting from mining.

They used their marketing expertise to make it appear that all of their competitors were selling conflict diamonds. Whether that was true or not.

De Beers claimed to be the only company selling one hundred percent “conflict-free” diamonds. Once again, De Beers came out on top.

Also, read How To Pick Out The Perfect Engagement Ring.

Many people are surprised to learn that the mining of gold is one of the most destructive industrial practices on earth. Gold mining has negative impacts on the environment and on people and communities.

One of the major ways gold mining impacts the environment is by contaminating its water sources.

Companies that mine gold are not always responsible for how they operate. Many companies dispose of toxic waste by dumping it into rivers, lakes, and oceans.

The toxins contaminate the waterways and the drinking water for millions of communities.

The process of digging up ore requires removing immense piles of rock. The way ore gets processed also generates huge amounts of waste. In fact, mining and manufacturing gold for one ring creates 20 tons of waste.

One of the processes many gold mines use is called heap leaching. It involves sending an infusion of cyanide through massive piles of ore.

The solution strips and collects the gold. Then the gold goes through an electrochemical extraction process.

Once the process of heap leaching finishes, the piles of cyanide-contaminated water and rocks get abandoned. It’s a way to cut costs, but the left behind piles end up contaminating and poisoning the groundwater.

Any economist will tell you, reliance on mining is a poor long-term economic strategy. In fact, developing countries that rely on mining have some of the worst poverty rates in the world.

Economists refer to this paradox as the resource curse. The more countries depend on exporting natural resources, the slower their per capita growth is.

Many countries do not legally recognize indigenous peoples’ right to ownership of land. Even the lands they have occupied consistently for centuries and generations.

To add insult to injury, these leases get awarded without consultation or compensation. That’s pretty dark when you consider half of the gold mined between 1995 and 2015 came from indigenous land.

Communities experience forced relocation, physical danger, and loss of income when governments grant mining leases on their lands. To add insult to injury, these leases are often given without consultation or compensation.

That’s pretty dark when you consider that half of all gold mined between 1995 and 2015 came from indigenous land.

Governments and businesses don’t often show respect for the spiritual connections between these communities and their land.

Buying Diamonds Is a Bad Investment

Once upon a time, De Beers conned us all into believing diamonds were rare and priceless. Many now understand this isn’t the case at all. In fact, diamonds make for pretty terrible investments.

Unlike gold and silver, the resale market for diamonds is not very liquid. Whereas you can sell or trade gold or silver coins, diamonds are notoriously difficult to resell.

This is because the retail markup on the price of diamonds is anywhere between 100 and 200 percent. In addition, most diamond retailers refuse to buy diamonds back from consumers.

Retailers buy their diamonds from wholesalers. The retailer often doesn’t even pay for the diamond until they sell it to a client. It simply doesn’t make financial sense for them to buy back diamonds from consumers.

The wedding industry would have us all believe spending extravagant amounts of money is a testament to the success of the marriage. Not all couples agree.

In fact, research shows a connection between wedding spending and marriage longevity. Spending excessive amounts of money on an engagement ring leads to a shorter marriage.

These days, many brides gravitate toward affordable, sustainable alternatives to diamond rings.

Manufactured diamonds are gaining in popularity. A lab-grown diamond is created under conditions that emulate the natural process under which diamonds form. This involves both high pressure and temperature.

There is another really great thing about manufactured diamonds. They are actually more pure than natural diamonds. This is because lab-grown diamonds lack any dirt or other impurities found in mined diamonds.

In addition to their beauty and clarity, lab-grown diamonds get created in a way that is sustainable and far less damaging to the environment.

This is another excellent alternative to diamond jewelry. Cubic zirconia is incredibly affordable for how beautiful it is.

The great prices allow you to amass a larger collection of gorgeous rings than you might otherwise be able to afford.

For a beautiful selection of classic, pristine engagement rings, check out WholesaleSparkle.com.

Moissanite is another popular diamond alternative among brides today. Moissanite is a gemstone that was originally discovered by French scientist Henri Moissan.

He found the gem inside the crater of a meteorite. Moissan thought he had found diamonds before realizing they were silicon carbide crystals. Moissan later went on to win the Nobel Prize in chemistry.

Naturally-occurring moissanite is actually extremely rare. The majority of moissanite jewelry available is lab-grown. Many people consider these synthetic gems to be some of the most alluring in the world.

This jewelry is captivatingly beautiful and sustainably created. It is also far less expensive than naturally mined diamonds. The price of a moissanite gemstone gets determined by size and quality.

Moissanite gemstones are an excellent diamond alternative. Especially for those who want jewelry that doesn’t hurt the environment.

Many brides will say that morganite is the most desirable diamond alternative stone. The dazzling light pink stone has become incredibly popular among style influencers.

This semi-precious pink stone is a part of the beryl mineral family. Other common beryl mineral stones include emeralds and aquamarines.

Morganite is also available in a variety of delightful hues. These include purple, rose, peach, and salmon. Although the most coveted stones are the pink and rose-colored ones, the deeper shades tend to be more valuable and rare.

Another highly sought-after diamond engagement stone alternative is the white sapphire. White sapphire is a pure crystal containing no other color-adding elements.

White sapphires do get mined as they are naturally occurring crystals composed of aluminum oxide. Most are clear, but some can achieve an icy white appearance.

The majority of white sapphires look very similar to diamonds and make a lovely affordable alternative to mined diamonds. It surprises many people to learn that white sapphires are actually rarer than natural diamonds.

White sapphires don’t have quite the same illustrious brilliance of natural mined diamonds. But white sapphires are highly valued for their durability and their brilliant white glow.

It’s no secret that colorful gemstones are having their moment right now. They make excellent diamond engagement ring alternatives.

Gemstone engagement rings offer a much more affordable price as well as more room for self-expression.

Some of the most popular and sought out gemstones among brides these days include tourmaline, moonstone, and opal.

The Case For Affordable Rings

Over the past few years, the trend among many Millenials has been to opt for more affordable rings. They love sustainability, too.

As a generation, they are less interested in consuming products that have detrimental effects on the earth and on others. Diamond and gold mining damage the environment and communities all over the world.

That’s why modern brides are choosing synthetic and semi-precious gemstones as alternatives. If you liked this article, check out “How To Pick Out the Perfect Engagement Ring” in our Lifestyle section next.

4 Reasons to Get Life Insurance

A Simple Guide on What to Wear to a Concert

Want to Be Healthy and Fit? Learn these 10 Tips for a Healthy Diet

Things to Consider before you develop an Ecommerce Website

The Ultimate Guide To Hotel Management

Socialy Tech - 2020-12-19 0
The hotel management handles all types of accommodations that are offered to the guests. It relates to the services in resorts and...