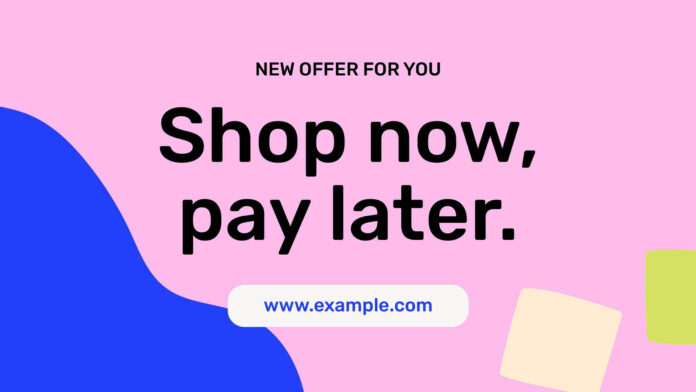 What exactly is pay later?

As the title suggests, a consumer purchases something now and pays for it later. This Buy Now, Pay Later option is catching up fast and increasingly getting popular in online shopping. You can use the Pay later feature to pay bills from the simplest of the things like your clothes to gas or electricity bills. With the increase in this trend for Pay later, people in most states are paying gas bills through this method.

Gujarat gas bill payment is one of the examples. It provides you a convenient mode of transaction even if you opt for the pay later option. It makes your work a lot easier with just a few steps sitting at the comfort of your home or anywhere you are. Your Pay later app would direct you on using this transaction for the gas bill payment. It makes payment for everyday chores like gas and electricity a lot easier.

However, paying later has more benefits to it than just paying bills.

PayLater allows the customer to spread out the payment, which helps them afford a product well with the assurance that they will pay it off later. This is especially useful for cash-strapped users until their next payment. Moreover, this lowers the cost of purchasing expensive things, which boosts the likelihood of a greater profit. Thus, pay later acts as a mechanism converting window shoppers into consumers who pay.

Assists in the development of trust and loyalty

Since you’re allowing the consumer a trial period without paying the full amount, Paying later makes it easier for a consumer to stay committed to an item or buy it. It makes it easier & comfortable for users to access the goods and cross-check if it meets their requirements. This results in them trusting the brand and you and your products in the long term.

Credit Cards aren’t the only way. When we think about credits, most of us avoid them because of their high-interest rates and the possibility of debt. Thus, Pay Later becomes a lot more approachable due to its feature of getting credits in just a tap and its flexibility with clear procedures and repayable settlements.

How Pay Later Feature is a big Help For users?

It is crucial to evaluate and research before downloading and using a Pay Later app. Many apps offer you the “Pay Later” features. It is good to list down the features of all the major ones and compare and assess and understand the security levels before downloading one or two.

These apps will provide you amazing deals and offer on transactions which adds to the feature of Pay later itself.

What to Expect From a Video Management System

PDFBear: Converting Word DOCX To PDF Has Never Been This Easy

Why Swaddles Are So Soothing For Newborn Babies

Socialy Tech is your Technology news, entertainment, music fashion website. We provide you with the latest breaking news and videos straight from the entertainment industry. Technology fades, only style remains the same. Technology never stops. There are always projects, opportunities. It means nothing until someone lives in them.
Contact us: admin@socialytech.com
© Socialy Tech 2020. All Rights Reserved.
MORE STORIES
Social Media

Social Media Provides All Of The Answers When It Comes To...