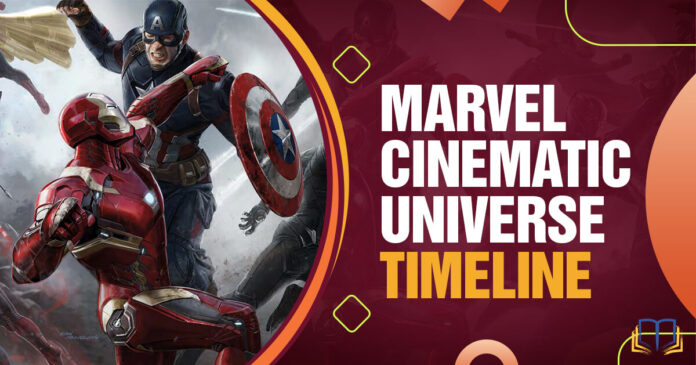 With potential blockbusters in “Spider-Man: No Way Home” and “Eternals” making their way to theaters this fall, Marvel Studios looks all set and ready to repeat the success of Avengers: Endgame. And what better way to celebrate the arrival of these superhero flicks than rewatching the entire Marvel Cinematic Universe in chronological order. Of course, you can check Super internet deals if you wish to download the films without any nuisance. Here is the list of all marvel movies & tv shows.

Warning: The list contains spoilers for those who have yet to watch Marvel TV shows on Disney+. So, proceed with caution.

Captain American: The First Avenger is the fifth entry in the Marvel Cinematic Universe. However, the events of the film make it the first film as per chronological order. The First Avenger is set during World War II. Steve Rogers aka Captain America (played by Chris Evans) is a skinny little kid with hopes of making it big in the army. He later becomes the super soldier thanks to an experiment and takes on the villainous group known as Hydra.

Captain Marvel is the 21st installment in the MCU and the second film to watch in chronological order. It follows the adventures of part-alien, part-human Carol Danvers who attempts to catch shape-shifting aliens called Skrulls while trying to remember her past. The film is set in 1995. If you’re a nineties kid then you will have a great time watching all the nostalgia that’s on full display in Captain Marvel.

Robert Downey Jr’s portrayal of billionaire, playboy, philanthropist Tony Stark aka Iron Man turned him into a superstar overnight. The film is set in 2010. It serves as the origin story for Iron Man. Stark is captured by a terrorist organization. He later escapes captivity by designing a powerful armored suit for himself. Yes, folks, we’re talking about the first Iron Man suit, Mark 1. If you want to watch free movies and web series must check this.

Iron Man 2 serves as the direct sequel to Iron Man. Having revealed his identity to the world, Tony Stark is grappling with all the attention. The government wants access to his technology but Stark has no plans of doing so. Also, expect to see cameos of Black Widow and War Machine.

According to Marvel Studios, the events of Thor, Iron Man 2, and The Incredible Hulk all take place around the same time. Gamma radiation expert Bruce Banner is on the run from the U.S. military due to him being the Hulk. Though Edward Norton starred in the Hulk reboot, Marvel replaced him with Mark Ruffalo in 2012.

Young, cocky, and brash Thor Odinson (Chis Hemsworth( is banished from Asgard due to the trickery of his adopted brother Loki. While on Earth, Thor befriends and falls in love with a scientist Jane Foster (Natalie Portman). When a powerful automaton attacks their town, Thor comes to the aid of his friends, sacrificing himself in the process. Having finally proved his worth, Thor gets his hammer back regaining his powers in the process.

If you have made it to this section of the article then kudos to you. Here’s the complete list:

The Falcon and The Winter Soldier (2021)

How To Make a Lyric Video- Step-by-Step Guide?

WHy Yo need Massage & How to Get the Best

When you need to drink Haitian Cremas in 2021

Biggest Advertising Markets in Canada and How to Reach Them

Socialy Tech is your Technology news, entertainment, music fashion website. We provide you with the latest breaking news and videos straight from the entertainment industry. Technology fades, only style remains the same. Technology never stops. There are always projects, opportunities. It means nothing until someone lives in them.
Contact us: admin@socialytech.com
© Socialy Tech 2020. All Rights Reserved.
MORE STORIES
Entertainment

Denwer - 2021-11-03 0
Making the living room your own cinema sitting down with popcorn and then settling in a comfy chair to watch a family...