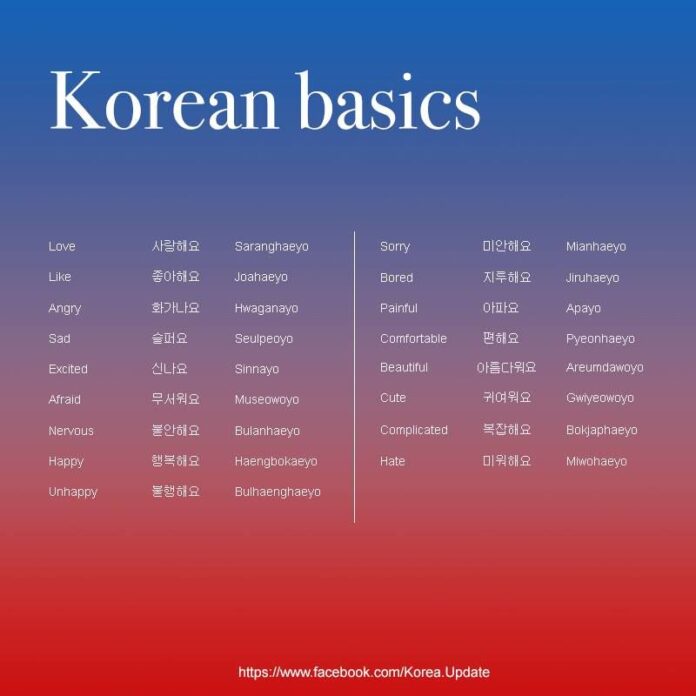 You will need to begin somewhere when learning a new language. A great place to start is making yourself acquainted with common Korean phrases.

It’s a matter of learning the right basic Korean words first. In this post, a variety of terms will eventually help you master the Korean language.

To casually strike up a conversation in Korean, you need to observe common courtesies. Learning the Korean language becomes much easier when you practice with a native speaker. But first, if you want Koreans to talk and open up with you, you should start by being courteous yourself.

Spice up the conversation with these Korean phrases:

The Korean language is melodic that glides up and down in tone. When you ask a question in Korean, you don’t have to use words like “what,” “where,” or “who,” you just have to end the statement on a high note.

Elevating the pitch of a single word when you speak Korean can turn it into a question. For example, you can turn “Jinjja” or really into a question by simply raising the intonation.

With that said, here are some Korean questions you should know:

Family is important in Korean culture, and absolute respect is given to elders. The Korean family is both conservative and traditional. Unlike western families, it’s not proper to be on a first-name basis with your mom or dad.

Here are some commonly-used Korean words related to the family:

If you’re into KDramas, then you already know how important hierarchy is in Korea. Age allows Koreans to organize themselves in the social hierarchy. As a matter of fact, don’t be insulted when asked about your age or salary. They’re just trying to determine how to address you correctly.

Honorifics are attached after the first name, not the last name.

Here are some examples:

Koreans take seniority seriously. Most of them will not get into a romantic relationship with somebody just because they consider the other as a “Dongsaeng.”

The native Korean number system, which only goes as high as “99,” is used when counting something like “one orange,” “three bananas,” and “10 fingers.” Age, which is important in Korean society, uses this counting system.

Below are the first 10 Korean counting numbers:

Practice Until You Get It

There’s plenty of things to absorb in this post, even though these are not all the Korean words you need to know. But don’t lose hope! As you keep practicing basic Korean phrases little by little, you’ll get the hang of it.

Learning to speak Korean will be hard work. Start with one Korean word, then eventually, move on to more challenging Korean phrases. It will be difficult at first, but constant practice will definitely help you master the language.

Why Swaddles Are So Soothing For Newborn Babies

How You Can Become A Social Media Influencer

Five Harmful Foods That You Should Avoid Eating

Online Businesses That Booming During Pandemics in 2021

Socialy Tech is your Technology news, entertainment, music fashion website. We provide you with the latest breaking news and videos straight from the entertainment industry. Technology fades, only style remains the same. Technology never stops. There are always projects, opportunities. It means nothing until someone lives in them.
Contact us: admin@socialytech.com
© Socialy Tech 2020. All Rights Reserved.
MORE STORIES
Digital Marketing